Rural broadband specialists, Voneus, bring Dinton resident, Henry Eccles, up to speed after the Google employee was let down by BT Openreach. 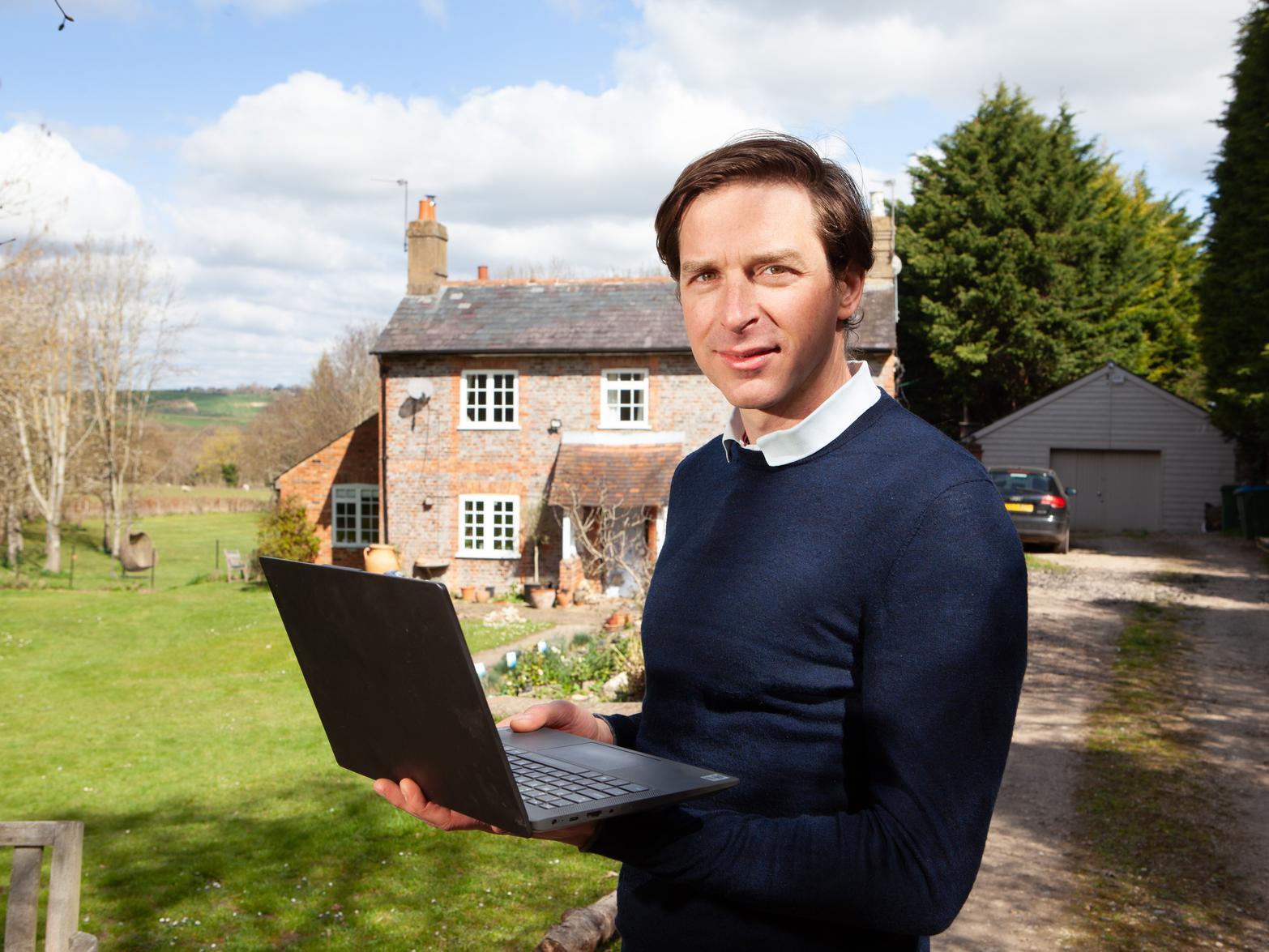 A Google employee who was provided a five-figure sum to install ultrafast broadband because of a gap of just 65 metres finally has a full-fibre connection.

Henry Eccles was given the £11,000 cost by Openreach to plug him into their network, which stopped a short distance from his own driveway, despite them connecting the rest of his street for no extra charge.

Fortunately, he discovered that Voneus, one of the UK’s largest rural broadband specialists, was delivering a fibre network in Dinton and the surrounding villages, and they connected him without additional costs.

Henry said: “It has been an endless and frustrating struggle up until now. It seemed like they were just unwilling to do it at all and that installing for the one extra person that they’d missed just wasn’t worth it. I’m just relieved the journey is over. Being connected for work and to stay in contact with friends and family has been more crucial than ever before and looking ahead nothing will change. Prior to having an interim wireless solution from Voneus, which provided us with superfast speeds of 30Mbps, we used to have about 0.1Mbps; it’s not practical for anything. There is also of course a subtle irony given that I work for Google. It's been tough working from home but tougher still on my colleagues having to work with me on a connection that isn’t as fast as theirs is.”

The 42-year-old, who moved to just outside the village of Dinton near Aylesbury, Buckinghamshire in 2018, now has access to speeds of 300Mbps after being connected by Voneus without any additional costs at all.

“I was over the moon when I discovered Voneus was building a fibre network in the area and they were happy to extend to my property,” added Henry.

In addition to Mr Eccles, Voneus has connected Dinton village hall for free as part of its work providing residents in the area with access to ultrafast broadband. The installation is part of a project which also includes connecting the nearby villages of Nether Winchendon, Upper Winchendon, Cuddington, Dinton and Haddenham.

Jon Chantal, Head of Fibre at Voneus, said: “We’re really pleased to have been able to connect up Henry and his family. Voneus’ business model is to take left-behind rural communities on a journey from no real broadband provision to gigabit-capable connectivity, offering the same level of connection that urban areas, and Henry’s colleagues, enjoy. We hope the residents of Nether Winchendon, Upper Winchendon, Cuddington, Dinton and Haddenham see the value in having access to ultrafast broadband.”